NEWS DETAIL
You are here: Home » News » Axle Scale » How to use axle scale

How to use axle scale

Dynamic axle scale is an important compulsory verification measuring instrument in people's livelihood measurement, which has important and practical significance for its scientific supervision and service guarantee. Jiangsu is the first province in China to adopt highway weight calculation charges. In recent years, the phenomenon of overload and "large ton and small standard" has been effectively controlled. The contradiction between toll collector and driver in judging vehicle type and tonnage is solved. But the accuracy of weight calculation has become the focus of the contradiction of highway toll. This paper analyzes the focus problems of dynamic truck scale in practical use and puts forward some thoughts.

At present, the heavy charge system in our province mainly uses the products of seven enterprises in China. The main use of expressway is three of the products. The equipment of three enterprises used in expressway is relatively good in reliability and stability, especially the second generation product software can be corrected according to the different models. However, the first generation equipment from 2003 to 04 has been used for nearly 4 years until this year. The chip is still an old version. The daily maintenance is not enough. The aging of the scale platform and sensor also causes the stability (repeatability) fluctuation. The general first inspection qualification rate of these weighing equipment is less than 20%. Some dynamic weighing scales need to be replaced to be the main version of weighing before debugging. Now, many toll stations have been replaced with second generation products, but the disputes about weight counting and charging are prominent, and the driver complaints rate is high. In view of this problem, we make the following analysis according to the situation mastered in the measurement and verification at ordinary times.

Ningbo SAINTBOND scale is a kind of scale, also known as axle scale, which usually consists of three parts: scale body, sensor and instrument. The fixed base has a load-bearing tray or metal plate. So how should the Ningbo SAINTBOND scale be used correctly in daily applications? What should I pay attention to after use? Let's take a look together below!

1: When using the Ningbo SAINTBOND scale, place the object as lightly as possible on the load-bearing weight, and do not place it by slamming it. And after each use, the parts are removed to avoid damage to the blade.

2: If the mechanical axle scale is used continuously, after a certain number of times, whether the empty scale is balanced to ensure accurate measurement.

3: In the process of using the mechanical helper scale, in addition to proofreading the empty scale, nothing can be hung on the mound, otherwise it will affect the accuracy of the scale.

4: In order to avoid damage to the scale body during use, the maximum weight of the object must be measured, and it does not exceed the weighing indication value of the mechanical scale.

When in use, first put the packaging inside and outside of the Ningbo SAINTBOND scale on a flat and hard ground, and land on the four wheels at the same time to prevent the adult body from tilting and affecting the measurement.

When using the scale, you should shake the load-bearing plate to ensure that the knives and knives are well received. At the same time, check whether the metering lever is deformed, and then hang the mound and the metering lever force point ring. If it is unbalanced, turn the adjusting screw to make it empty. The scale is balanced.

1: When the axle scale is used for a long period of time, the blades and the knife bearing ring will suffer a certain amount of wear and fatigue, and the accuracy and sensitivity will be reduced each other. Therefore, the Ningbo SAINTBOND scale must be checked and calibrated regularly. Under normal circumstances, half a year or Check and repair once a year, and increase tuó at least once a year.

2: The collimator should always be kept dry and clean. Do not leave the fluid and dirt in the collimation frame and the knife holder. The weighing ring should be kept clean frequently to avoid affecting the sensitivity.

3: To keep it intact, not to remove arbitrarily.

4: During the handling process, strictly prevent impact and never allow the lever to lift the measuring lever, otherwise the scale body and parts will be damaged, and the measuring lever will be deformed, which will affect the accuracy of the Ningbo SAINTBOND scale. 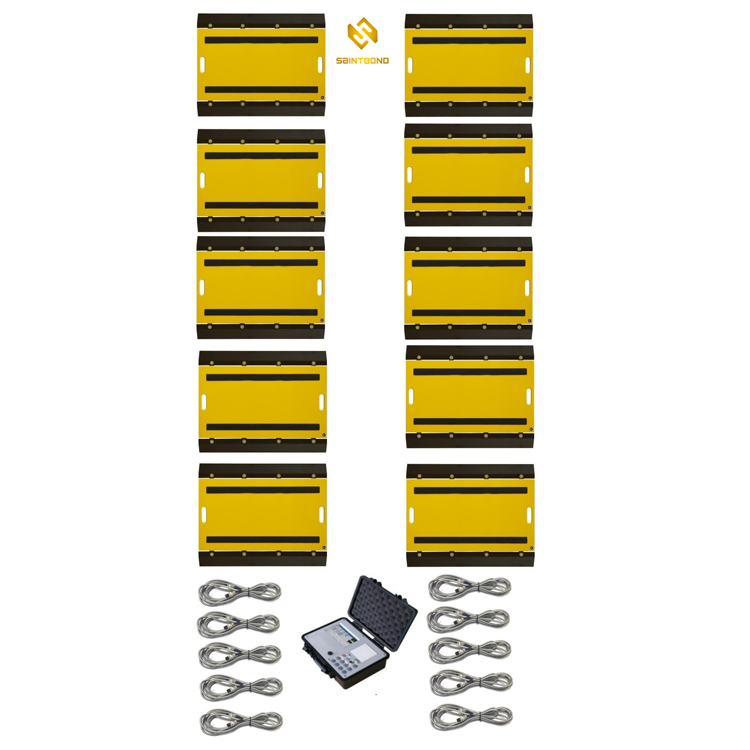