NEWS DETAIL
You are here: Home » News » How to correctly use car weighing scale

How to correctly use car weighing scale

1: Detect whether the input and output impedance of a single floor scale is within the range

There are roughly four-wire and six-wire junction boxes in the column and bridge-type platform scales. The six-wire system has an extra set of feedback lines, which can reduce resistance, maintain constant voltage, and avoid signals caused by line length Failure, so it is better than the four-wire system. The output impedance of these two ground scale junction boxes is generally between (350±1)Ω; the input impedance is between (382±4)Ω.

2: When judging whether the output of the ground scale zero point is too large, you can measure the voltage signal on the total signal cable in the empty scale state.

There are many reasons for the drift of the weighbridge sensor zero point. For example, for the pressure loadometer sensor, the component parameters in the bridge circuit are not symmetrical; the temperature coefficient of the sensitive grid material of the elastic element and the resistance strain gauge, the linear expansion coefficient are different, and the bridge lead length is inconsistent. Comprehensive factors such as the last result in the loadometer sensor After forming the electric bridge, the overall temperature coefficient of adjacent arms has a certain difference. When the temperature changes, the resistance of the adjacent arms changes differently, which causes the output of the bridge to be unbalanced, that is, zero drift; for smart weighbridge sensors, time drift— -For the system, as time increases, it is equivalent to aging the system. In this way, the structural characteristics of the system will change and drift will occur. 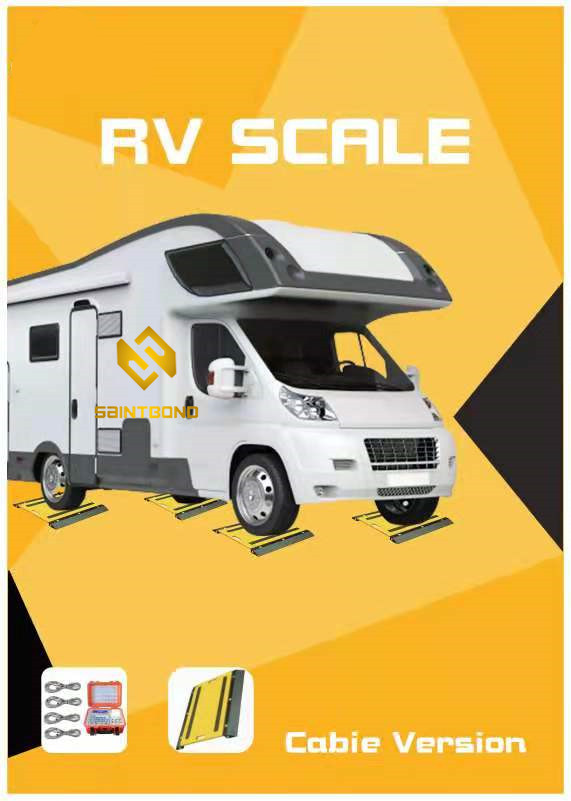 The axle load reflects the static load strength of the automobile wheel bearing, and it determines the average stress level of the alternating stress of each component. From a design perspective, axle load is a very important parameter, which is closely related to the performance of the car. The axle coincidence wheelbase determines the position of the center of gravity of the car. Therefore, once the wheelbase and axle weight of the automobile changes, the overall layout design must be re-designed, especially the size of the drive train and body parts, the spring and shock absorber parameters in the suspension system, and the size of the steering trapezoidal tie rod in the steering system must be re-adjusted. At the same time, the change of the wheelbase will also cause the change of the front and rear axle load distribution, which must consider the impact of these factors on the braking, handling and ride comfort of the car. Therefore, the parameter of wheelbase and axle weight is often noted in the automobile technical performance table, which is enough to show that it has a very important reference role. The axle load meter distinguishes four-channel, six-channel, eight-channel, etc. according to the testing needs. It has the advantages of light weight, small size, high detection accuracy, and easy portability. Therefore, it is also called: portable weighing instrument, Portable axle load meter, portable car weighing meter, portable axle load tester, etc. Working principle The car is stationary on a weighing table with a certain width, and the weight of each wheel of the car is measured from the weighing table, and then the axle weight and total weight of the car are accumulated. The weighing process is a strong real-time process, which requires sensors to collect the data of each axle of the car in time and calculate its weight quickly. When a weight is applied to the weighing platform, the weighing platform will output a voltage signal. The output signal is proportional to the weight of the weight. The signal is sent to the amplifier for amplification and then converted into a digital value by an analog-to-digital converter; The size of the digital quantity is proportional to the size of the signal, and it is also proportional to the weight of the heavy object. Selecting the appropriate scale factor has the following relationship: Car wheel weight = K (proportion factor) X digital quantity, where: K--selected automatically by the computer Constant digital quantity = the digital quantity corresponding to the calibration value minus the digital quantity corresponding to the no-load condition. Store K and the digital quantity corresponding to the no-load in EPROM. After each measurement, take out the above two values for calculation. After the calculation is completed Send the result to the display, which is the wheel weight value of the car. Add the wheel weight of the car to get the axle load of the car, and add the axle load of the car to get the total weight of the car.

This kind of non-integrated cantilever beam load cell is developed rapidly under the impetus of the development situation of fieldbus control system. Because this kind of control system requires the cantilever beam weighing sensor to be connected, the Z-degree transmitter must be intelligent. For automation instrument manufacturers, the original set of production process equipment is basically unchanged. Therefore, for these manufacturers, non-integrated implementation is the most economical and quickest way and way to build a cantilever load cell system.