How does S type loadcell work

Generally, most of the small rubber tension machine loadcells choose the S type. This loadcell mainly applies the principle of resistance strain. The sensitive beam is elastically deformed under the action of external force, so that the resistance strain gauge pasted on its surface is deformed, causing its resistance to change, and then the resistance change is converted by the corresponding measurement circuit. is the voltage signal. Then the weak voltage signal output by the loadcell is amplified by the transmitter and converted into a standard voltage signal for the data acquisition card to read. Normally, the output voltage value is linearly proportional to the tension and pressure. 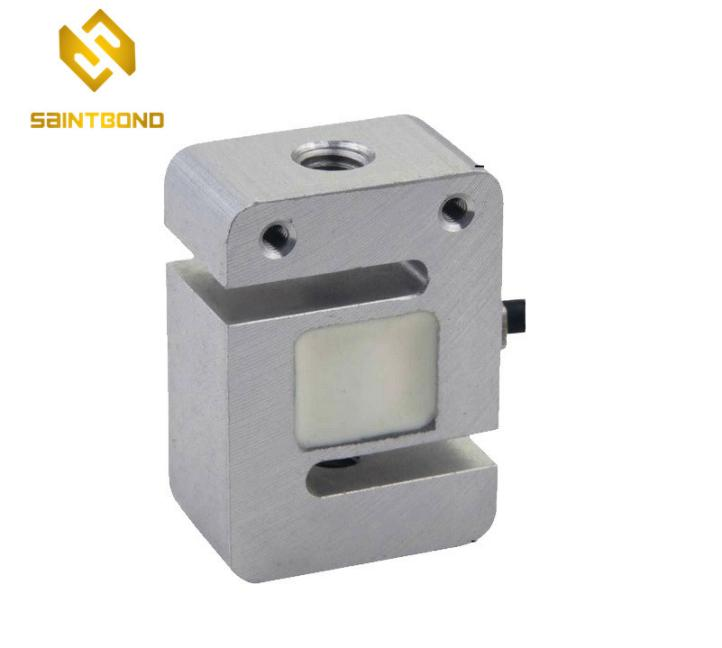 The S-type load cell has a reasonable structure and has good anti-eccentric load, anti-side load, anti-vibration and impact performance. Moreover, it has good dynamic and static performance, stability and reliability, easy installation, good linearity and repeatability.

We take a 50Kg S-type loadcell as an example to calibrate it. In its full scale range, take 5 calibration points, starting from the zero point, from low to high, input the predetermined calibration value one by one, and then input the predetermined calibration value in reverse order from high to low, until it returns to the zero point. The loadcell can be calibrated by linear fitting the obtained forward and reverse travel data.